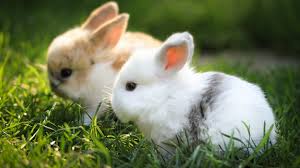 So as you guys know I have an additional 1/4 of an Acre. But I am held up by waiting until my new house is built. I am hoping that the house will be done by Winter Next Year unless my big check comes in and saves the day.   Then it will be done a lot sooner.  My new house is 30x 80 on a half acre of land. I also have a full acre of land to farm for my fresh veggies.  While the homestead is encased in a fence that is 8ft high, the farming area is not protected which will have to be addressed in the future if necessary.

I had this brain ac idea that i would plant fruit trees but boy was that a mistake. I did sell off the yearlings because of gnats. I never saw such a fast population its bad enough they are drawn to the garden let alone near the house.  So after collecting a 100 dollars for my fruit trees I’m back to the drawing board on that.  I may create railing in the acre garden area and plant grapes away from the housing area.

Now the bigger issue. I do have chickens, plans for a fish farm and now rabbits. YES rabbits. Rabbits are a great sustainable food. I don’t want to start big but I will start with 2 females and 4 males to keep the inbreeding to a minimum.  This allows me more time before imbreeding too much becomes a problem and the lineage is as distant as possible.   Ill talk about the upgrades for chicken later But today’s post is about rabbits…  So lets talk Rabbits… Here is some numbers

A single female rabbit can have 1-14 babies per litter, but let’s be conservative and say that the average litter size is six. We’ll also make the assumption (remember, this is all hypothetical) that only half of those are females, and we will calculate the potential fecundity of our bunny population only from these hypothetical three females per litter, since females are the limiting factor in a population when it comes to making babies. We’re also assuming no mortality, since we’re talking about potential reproduction with no set environmental carrying capacity. (Since a rabbit can easily live seven years and beyond, this isn’t unreasonable.)

Rabbit gestation lasts 28-31 days, and because they are induced ovulators, mother rabbits can be impregnated again within minutes of giving birth. This means that mama could, hypothetically, have one litter per month if she is constantly with a male rabbit. (Poor mama!)

If our “starter bunny” begins reproducing at six months of age (again, not an unreasonable estimate), and has babies for seven years, then by the end of the first year:

One mother rabbit x 3 female babies x 12 months = 36 female babies (plus your original mama makes 37) Let’s add the new babies to the reproductive population at the beginning of the following year. At that point, their average age would be six months–the time of their first litter. (This works if you consider this to be averaging the new females’ reproductive output.) If–starting at the beginning of Year Two –each of the Year One female rabbits produces an average of 3 female offspring per month, then by the

Remember that we haven’t even included the males. On average, there should be as many males born in each litter as females. We didn’t include them in the multiplication, since “it takes two to tango”. But each year, as many males as females are born. So that adds up to another…

This makes rabbit the biggest boon for preparers who are looking for a sustainable food source they can feed. With a acre of land I would be able to produce the food they need to thrive and continue to provide a food source. While some are leery of rabbit meat since it is a lean meat but in order to make sure that you get the fat you need from rabbit meat.

There are some concerns… Fat…  Rabbits do have fat on them but the fat does not distribute through the muscle(meat) of the rabbit.The fat on rabbits tends to deposit around the internal organs. Rabbit meat is the leanest meat you can eat. It has the lowest amount of cholesterol and the highest amount of protein. You would not die if you ate it that often but you would probably get sick of the same kind of meat all the time.  But you can die if you do not consume their internal organs if it is your only source of protein this is called…. Rabbit starvation is a form of protein poisoning and malnutrition found in people who try to survive lean months on plentiful rabbits alone. This is why if you choose to use rabbits you must make sure you consume fat in another source or the organs of the rabbit.

Yes there are those who feel omg you eat Thumpter, but in a case where you are hungry and it provides you food you need to keep you alive Rabbit will look mighty tasty. I myself had rabbit thru out my life since my family were Hunter/Gatherers my whole life. We thank the animal for giving its life to keep us alive and while it is hard to kill an animal you find that it becomes easier with time since you know its something that has to be done to eat.